Didn't Work For Me 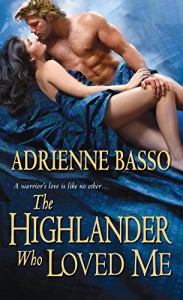 As the second son, James has to figure out a way to prove himself. He’s sent on an adventure by his father, where he meets Davina. They fall in love and plan to marry until tragedy happens. Five years later, they are both still hung up on the past. They end up seeing each other again but aren’t sure if they can finally move on.

The beginning of this story was very promising. I liked the introduction of characters and the forewarning that James already has an underlying issue with Malcolm. However, I just didn’t like the second part of the book. When dealing with these kinds of stories, it’s a delicate matter and most times I just don’t like them. Unfortunately the book didn’t work for me.