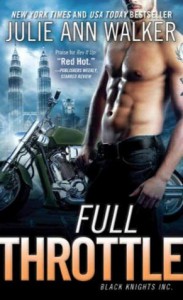 Abby had no privacy when her dad was running for president. She had become very close to Rosa whose brother was Carlos. There was an explosion and Rosa was killed in a coffee shop Abby was suppose to be at. Now Carlos was known as Steady in the spec-ops community . Carlos is now 33 and ready for more than one night stands. Carlos has been one of the security team to watch Abby when she was at a convention. President Thompson himself has assigned Carlos to protect Abby.  Carlos hadn’t seen Abby in eight years. But Abby has now been kidnapped by JI terrorists. Carlos goes to find Abby and rescue her.

I like this story a lot. I liked the action in it for sure. Felt so bad Abby felt so much guilt for Rosa’s death.At times I did choke up. I loved the characters especially Abby and Carlos and all the twists and turns they had to go through. I recommend.