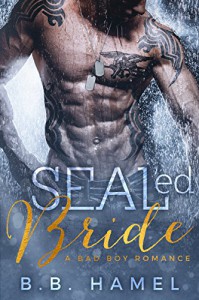 Nash is a former SEAL whose current mission is to be on a book tour for the book he “wrote” about his missions. When his publishing company gets sick of his playboy ways, he’s told to shape up or else. When he meets Selena at a book signing, he gets the crazy idea of bribing her to marry him to get the publishing company off his back. The problem is that she seems to not fall all over him like the rest of the female population does.

This was a really cute and quick read. There were plenty of sexy scenes with a dirty talking, hot SEAL. The story flowed really well and kept you interested until the end. I highly recommend.