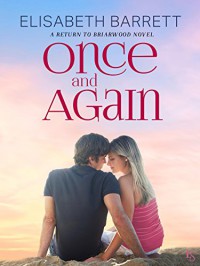 Jake was a teen who worked as a caddy at Briarwood Golf Club. Carolyn’s father was a very wealthy member. Jake was from the wrong side of the tracks. Somehow Jake and Carolyn were attracted to each other. But then they were caught making out and Carolyn was forced by her dad to end things. Then her dad had Jake arrested and he lost his job. Fifteen years later Carolyn’s father made some bad financial decisions and now had a lot of debt. Carolyn’s two sisters took off and would not help but Carolyn got a job at the golf club as an event planner and slowly paying her father’s debt off. Jake has bought the golf club and comes back to town. Jake never forgot Carolyn and his anger fueled his fight to remake himself and work on getting to the top. Jake and Carolyn meet and even though they try to fight it there is still something between them.

This is a good story and plot only problem there seemed to be several other subplots that I don’t believe were needed. Otherwise the story was good as I said and I recommend.