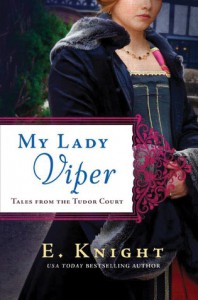 Anne Seymour was portrayed as  a very hated lady at King Henry the Eight’s court. But she wasn’t as bad as they made her out to be. But she did have reasons for how she was like her mother allowing a high ranking noble of court rape Anne her mother hoped the man would do the right thing and marry her daughter. Instead Edward stepped in and married Anne But not only from kindness but he knew Anne was smart and would be a loyal ally and wife. Anne had multiple alliances as well as divided loyalties. Anne interacted with all of King Henry the eighth’s queens and Henry himself. She was totally immersed in life at the court but had to be careful of everything she said or did or she could be put to death also. Anne ended up becoming a lady in waiting To Jane Seymour she was Edward’s younger sister. Jane was King Henry’s third queen. But she also helped Jane with becoming a wife as well as a queen. Especially since she pushed Jane into King Henry’s path.

This book was very good . what a woman Anne must have been to know she was hated but still managed to be a spy, a diplomat, a wife who was often alone as her husband was off doing the king's bidding. and a powerful woman. i have to say the way this was written you almost felt like you were there with Anne and feel her pain, her joy, her failures, and triumphs. Anne did what she had to do to survive. Remember she did end up as a Duchess,  she was doing something right. I recommend.