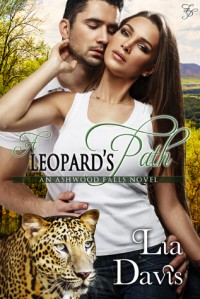 **I received an ARC of this story in exchange for an honest review**
Felix Darwin is Alpha of the Onyx Pack. Over 50% of his pack was destroyed. His daughter and most of the other survivors fled like traitors. The council of the elders had captured his mate and hid her from Felix for 200 years. Felix's mate Savannah was half dark witch and half leopard. She was the most powerful female Felix knew. Zorana's, or Ana, brother was Blaine, the Alpha of the Ashwood Falls pack. Luna had merged her wolf pack with the leopards over 30 years ago. Savannah was evil incarnate and with Felix by her side life on Earth would be horrible. Savannah was awake and Felix freed her. Ana's mate is Kieren and he was a trained spy.
Ana still felt like an outsider but still helped the pack in any way she could. She loved her family and pack. Most of all, she loved Kieran but they both had walls to let down. She was loyal, kind and true. She was strong and a good person. I liked her character. Kieran knew Ana was his mate but hadn't yet bonded with her. He is very loyal and cares for his pack. He is strong and protective of Ana. I like how he was portrayed in the twists and turns of the plot.
I enjoyed this story and would recommend it to anyone.