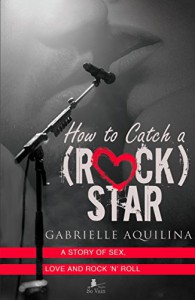 **I received an ARC of this story in exchange for an honest review**
Lillie is 24, loved to sing, but had crippling stage fright. Lillie and her best friend Katie went to a bar to hear some bands perform. Jed had been the first guy Lillie had been attracted to in almost a year. Lillie had dated her ex for years, hadn't had a clue he was married until his wife showed up at her house with his baby. Jed also hadn't been attracted to anybody in a long time until Lillie. Jed's band had just signed with Island Records. They had been together for 7 years while trying to get signed. Johnny is the band's manager. Jed had known him forever. Their mom's had been since before they had been born. Katie got Lillie to sign in front of Jed and Johnnie. Since she quit her job, Jed wanted her to go on tour with them. Katie went too.
Lillie was a sweet girl. She had been hurt and it showed, but she grew to love again. She was honest, had a big heart and was loyal. She was artistic and had pushed that part away from herself. Through the twists and turns of this story she grew. Jed was not your typical rock star. He was not a partier, didn't sleep around, but he had secrets. It was great to see him find love again, only this time it was real.
This was an amazing book, an amazing story, I would highly recommend it.