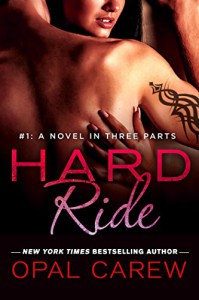 Carl was supposed to meet Liv at midnight at the bar and it was close to one. A big tattooed guy named Crow and three men sat down at her table. Lenny threatened to ban them from the bar if they don't leave her alone. Shock recognizes Liv. She had rejected him when they were in college, but he still would've went to her side if Lenny hadn't intervened. He had always felt protective of her. Shock's real name was Devon and he came from a rich family. When she knew him from college, he'd had money and connections, everything. Liv was the opposite, she had worked for everything she had. She had been, and still was, attracted to Devon. Devon gave her a ride home. Shock and Liv hadn't seen each other for six years. Shock figured she'd have a good paying job, but couldn't understand why she was living where she was. Liv's mantra was: I can take care of myself. Liv's older sister was very sick and she needed money for a new surgery that would possibly save her life.
I found Liv to be a very caring person, but she had some fears to work towards conquering. She was still loyal, honest, and independent. She loved her sister immensely, but she didn't trust easily.
I enjoyed the first part of this story immensely. It was well written. I highly recommend it.