It's One Of Those Books That Anyone Can Enjoy 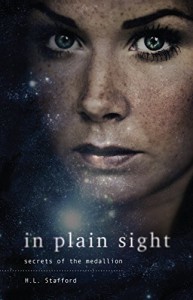 **I received an ARC of this story in exchange for an honest review**
Dr. Harold Bradley was a renown archeologist from Cambridge. He spent his career tracking down pieces of oral prophecy foretold thousands of years ago. He, along with another colleague had discovered a stone spear. They were at a dig that was twelve thousand years old. There was part of a code in the dig. They also found samples of it in China, Peru, Bosnia, Mexico, and Egypt. Michael Bradley was his son and Nova was his wife. They also had a three year old daughter. Michael and Sebastian were in the water on a dive when two speedboats drove up and shot the schooner his father was on. Abby was a nurse who worked in Chicago. She was engaged to David, a neurosurgeon at the hospital, but she broke the engagement.

I thoroughly enjoyed reading this book with all its twists and turns. I'd recommend it to anybody. It's one of those books that anyone can enjoy.