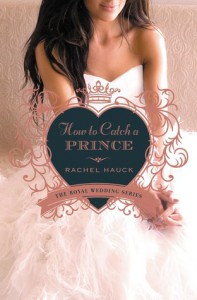 Corina is an American heiress but works for an online newspaper. Her father believes that they should work for their money.  She was secretly wed to a prince, but thinks the marriage was finished. Prince Stephen shows up one day next to her car, requesting her to sign annulment papers. Corina had a twin named Carlos that was killed in Afghanistan, yet there seems to be great secrecy about his death. She agrees to sign the papers if Stephen will find out the truth behind her brother's death. This and an article she is working on sends her to Stephen's hometown, starting her on her journey.

As you read the book, you really empathize with her over the death of her brother. She is a very likeable character. She is also a very strong, spiritual woman. Her story was very enjoyable to read, even through the heart-wrenching moments. Prince Stephen may have ended the marriage after he returned from Afghanistan, but even she is able to see his torment. He seems willing to throw away their feelings, but you understand why and shouldn't hesitate to walk with him through his journey of spirituality, self-awareness, and back to his true love.